After getting the cost of the IVF medications (5 of them, mind you) yesterday, I decided that I am referring to our future child as Bling Baby!!  This whole process is crazy expensive!! After the $30 doctor visits, the two payments to the fertility clinic, out of pocket lab tests, and now the shock of the costs of the meds… I dare not to even add it all up!!

I guess I find crazy that some people get knocked up after the first month of trying or an “oops baby” and then there are the special few that pay thousands for a child.  I am thankful we have the ability to fund this very special dream, but also wonder… What happens to those who can’t?

James and my journey

Sunday our pastor had a sermon that I know spoke directly to my heart. I adore when that happens because I know it is God making sure I’m listening to Him. The question is… What will I do about it?

The sermon was about stealing joy and about hardships we face. Coach Val uses “truths” to help convey his message each week.
Truth #1 Every trial has a purpose. In catastrophe the audience of victims cry..why God why? The army of God asks…what are my marching orders?
Wow.
He then referred to –

James 1:2 “When troubles come it is an opportunity for great joy.”. (NLT).
I can’t even count how many times through this journey of becoming parents that I have asked God, why me? There lies my problem. I am now trying to learn to thank God for this “trial” I am going through. No matter how much it hurts…mentally, physically, financially, it is going to make me the best mother I can be.

Truth #2 Without hardships, character transformations are impossible.
Isn’t that the truth! I definitely know I have transformed through out this process over the past 3 years. I have always known that I am beloved by Him, but it has become almost a smack in the face these past few weeks. The more I have taken myself out of the equation and rely solely on His grace, I am at peace.

James 1:3-4 (NLT)
“For you know when your faith is tested, your endurance has a chance to grow. Let it grow, for when your endurance is fully developed, you will be perfect and complete needing nothing.”

I never even dreamed that I would be able to get through the miscarriage. The sweet surprise that we found out about on Valentine’s Day. I did. Then the realization that IVF was going to be our vehicle was also hard to stomach. Not rely on God to give me a miracle and have science engineer our child? Unheard of. After amazing advice from some of my most cherished spiritual mentors, I felt at peace with IVF. Then, having to endure the stress of the surgery last week to remove what was left of my miscarriage from my uterus. For real? What’s next? The more I endure, the stronger I have become and the easier it has become to Glorify God.

James 4:10 (TNIV) “Humble yourselves before the Lord, and He will lift you up.”
Even though I have had some discouraging thoughts about our IVF cycle and have had friends even bring up the option of it not being successful, I will not waiver. I have no doubt that we will have at least 1 (if not two) healthy babies growing inside of me soon. This season of hardship is soon coming to a close….I can feel it.

Romans 8:28 (TNIV) “And we know that in all things God works for the good of those who love Him, who have been called according to His purpose.”

Yesterday I went into the RE’s office yet again for a Pre operative check up. After a blood draw and yet another ultrasound I was out of there in about an hour. Even though I am terrified about this surgery in the morning.. DR. H still knows how to make me feel at ease! Praise God!
I still find it hard to believe that here I am… In the month that my baby should’ve been born if I hadn’t of miscarried, still dealing with the loss of our first pregnancy. It stll blows my mind that my body didn’t pass all of the pregnancy.
I am trying so hard to give all of this pain and frustration of becoming parents to God, but it is so very hard. Ever since I had to admit my older sister into the hospital room that she ended up dying in of cancer, I have been terrified of doctors and hospitals. And now I am constantly having to visit both in order to have the one thing I have wanted most in this world, a child.
He doesn’t give us more than we can handle…. Right?

The long and winding road in our TTC journey 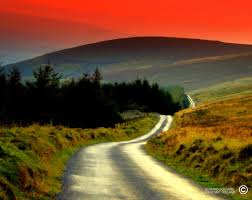 I have always been a Beatles fan, yet somehow one of my least favorite songs on the Let it Be album is my new TTC theme song.  “The long (and very) winding road.”  It is such a sad and depressing song!  Today we hit another “roadblock” in this seeming long journey in becoming parents.  Last week after I took my husbands “specimens” into the office (and yes, that was a very special point in my life.. at least I got a brown paper bag 😉  )  I was scheduled for another ultrasound appointment for this week.  I thought it was just another routine thingy.. no big deal, just like the week prior’s uterine measurement.  Little did I know….
I woke up this morning in an amazing mood!  Had lost 3.5# on a RESET program and was feeling good!  I had plans to hang out with my sister and niece after the appointment.  She doesn’t mind feeding my Dexter addiction and getting to play with my adorable niece is an added bonus 😉
The appointment started off with my not so favorite nurse and she told me in a nutshell that our problem may be my hubby’s little swimmers.  Super.  The positive part was that even though that may be the culprit, the #’s were perfect for IFV!!!  Score 1 for Team Harl!!  I was feeling pretty good after that.  May have found the problem, here to solve it in a few weeks….  Check!  I then had to get an ultrasound (and it wasn’t the tummy one), wasn’t pleasant but is definitely tolerable.  I was then told to stay put and the doctor would be in for the “blah blah blah” (have no clue what the procedure is called.)  WHAT?!  Before the nurse left she goes, “Two in one day, aren’t you lucky?”  Hmmm.  Pretty sure a few choice words could have followed her out, but that that point I was stuck.
Dr. H walks in (I ADORE him)  and tells me an analogy of how like a balloon they have to blow up my uterus a “little” to see its size and take pictures of it.  They will be putting a saline solution with a tool that was similar to the one used last week.  Easy enough, I thought.
IT WAS HELL!!
I told a few people today that I wouldn’t wish that on my worst enemy.  At one point I started cramping up so bad a severe pain gripped my entire body.  I couldn’t see straight, I started sweating profusely and was more close to passing out than I have ever been.  My doctor called it vasovagal syncope.  It was one of the scariest moments of my life.  He took the speculum out soon after but still had to do another few minutes of ANOTHER ultrasound with taking pictures of the expanded like a balloon uterus.  At this point I was ready to throw in the towel.  I thought for about 30 seconds.. “Do I really want a child of my own this bad?”.  It was horrible.  After this lovely experience the doctor meets me in a another room to go over my results.  I wish I could say it got better from here… it didn’t.
He tells me that they found some things in my uterus that looked like the rest of my miscarriage.  You have to be kidding me, right?  That was in MARCH!  He isn’t 100% sure, but suggested a surgery that would remove the remains and we will test it all and know for sure a week later.  Have mercy.  He said that it was a must in order to keep on schedule with my already lengthy IVF cycle.  As of now our embryo transfer isn’t until the beginning of December.  He explained that it was similar to having a new baby and putting it in a crib with trash!  Blunt, but to the point!  He won’t transfer the embryos into my uterus unless I get the procedure done and if I don’t do it next week it will bump my IVF cycle into next year!  Goodness gracious.  No pressure at all.
I now have the outpatient surgery scheduled for next Thursday at 6am!  The procedure is called a “hysteroscopy.”  They put me under, but it won’t take more than a few hours.  I should be home before lunch time 🙂  I am TERRIFIED because I have never had to be in a hospital for anything, more or less being on anesthesia.  And I have to go in Tuesday for blood work and a physical before the procedure Thursday.  In a nutshell, it was a very sad morning ;(
Spending the afternoon with my sister and niece helped, but I wonder when (and if) this journey of IVF will ever become easy.    And… will I be a better mom because of everything I am having to do to have this child?
“I can do all things through Christ who strengthens me.”  -Phillipians 4:13